Beyond Differences > Social Isolation > CREATING A CULTURE OF BELONGING FOR EVERYONE 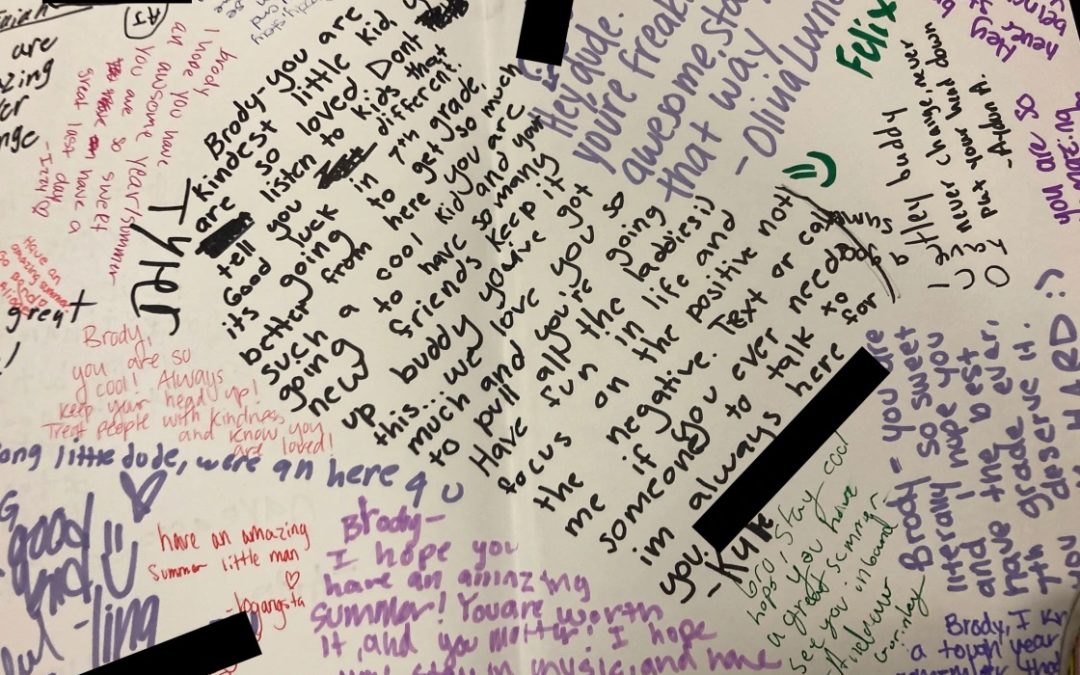 CREATING A CULTURE OF BELONGING FOR EVERYONE

Beyond Differences applauds all of the teens who lifted up a boy in Colorado this week.

Today.com reported that Cody Ridder, a 12-year-old boy from Westminister, Colorado, told his mom that his 6th-grade classmates would not sign his yearbook. He was so disappointed that so many kids said, “no,” to his request that he wrote himself a personal note on one of the pages that said, “Make some more friends,” and signed it.

His mother said that Cody, who loves chess, fencing and dinosaurs, eats alone at lunch and the kids won’t play with him at recess. At Beyond Differences, we believe that every child should be respected, accepted and included. Our year-round programs – Know Your Classmates™, No One Eats Alone™ and Be Kind Online™ –  help students learn to embrace each other’s differences and celebrate what makes each of them unique. All of our programs are provided free of charge and include lessons, discussion prompts and student art projects to reinforce messages of belonging.

We are glad that the older students in Cody’s community stepped in to fill up his yearbook pages with positive messages. And, while it was heartbreaking to hear that Cody’s classmates did not show him the respect and acceptance he deserves, we are so happy that they learned about belonging from the older students and came back to Cody with lots of well wishes and friendly messages in his yearbook.

All of us at Beyond Differences wish Cody a great summer and all the best in middle school.

The misson of Beyond Differences® is to inspire students nationwide to end social isolation and create cultures of belonging for everyone. We envision a world where all youth are accepted, valued, and included no matter their differences. Beyond Differences® offers FREE SEL curriculum, lesson plans, and supplies’ to middle school educators all across the nation. Bring our programs to your school today!

Amy Hayes Bay Area school Beyond Differences Beyond Differences Teen Board Members Covid-19 and teens Depression and anxiety Hello Friendship Know Your Classmates Day social isolation U.S. Surgeon General Dr. Vivek Murthy
We use cookies on our website to give you the most relevant experience by remembering your preferences and repeat visits. By clicking “Accept”, you consent to the use of ALL the cookies.
Do not sell my personal information.
ACCEPTREJECTREAD MORE
Manage consent