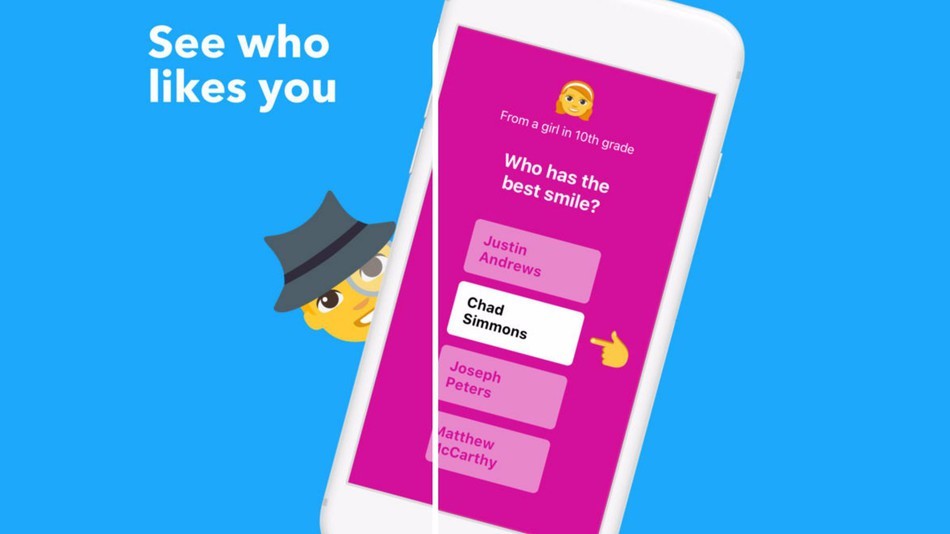 Is TBH Safe for My Teen?

November App Alert:  This month’ App Alert looks at tbh, an anonymous teen compliment app for iPhone users available at the App Store. Designed with bullying prevention in mind, tbh claims to be “the only anonymous app with positive vibes.”

Tbh, short for, To Be Honest, is an anonymous app with a twist. The point of the app is to connect users through polls specifically designed in ways to eliminate the possibility of bullying.

Tbh is a polling app in which the user supplies possible answers – your contacts – but not the questions. The questions are provided by tbh and designed to be positive:

To prevent bullying, tbh has eliminated typing. Only tbh can write the questions. And the only possible answers are four of your contacts, selected by tbh at random.  Co-creator Nikita Bier genuinely sees the goal of tbh as “Can we make this generation happier?” Getting rid of typing to prevent bullying is just part of that. The app also spreads the positivity around by notifying users when they’ve been selected in a poll and awards them points for in-app purchases.

The developers of tbh really have put considerable focus on preventing bullying. In many regards, they have succeeded. Unlike virtually all other anonymous apps, tbh can’t be used to deliver insults or overt bullying. However, what it does deliver can be even more damaging. Silence.

Like Facebook in its original incarnation, tbh is aimed specifically at schools. In addition to uploading personal contacts, new users identify their school and grade level. Current trends show that tbh tends to sweep through schools, making it an unwitting tool for social isolation.

“This app can create a lot of feelings of social isolation because you may not get as many compliments as your friends or peers and that can create a lack of confidence in one’s personality and their physical appearance.”

The age range that tbh is aimed at (13-18) is an age at which cliques and popularity have undue influence and huge negative potential. Not surprisingly, popular kids are selected far more often in tbh polls. Unpopular kids may find themselves not selected at all. How does an already self-conscious teen feel when she knows that virtually everyone in school has picked a friend as “Hotter than the sun?” – but no one’s picked her?  When all her friends have earned enough points from “winning” polls to buy out of the default limit of answering no more than 12 polls per hour? Imagine what it feels like watching classmate after classmate clicking polls, knowing that the answer to every question, every time, is someone else?

This app works well in a group that contains at least a few upstanders – kids with empathy who make it a point to reach out to their less popular classmates and help them to feel included. In such an environment, this can be a fun tool that may even improve self-esteem. Unfortunately, not all schools or youth groups understand the importance of upstanders. If your child’s school is plagued with cliques or “popularity” issues, this may not be the best app for your child. Interestingly, our teen reviewer – a definite upstander – found the app shallow and worried that it might have unintended negative consequences.

Lily Moser, Teen Board Member at Beyond Differences, Senior at Redwood High School