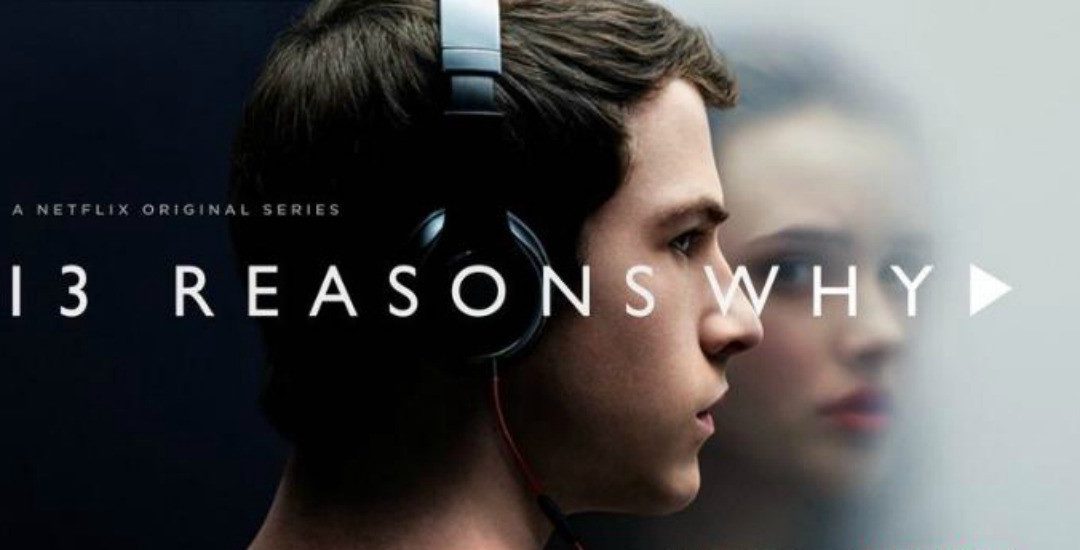 This post looks at 13 Reasons Why, the Netflix series produced by Selena Gomez based on the New York Times best-selling novel by Jay Asher. A deeply disturbing series about teen suicide, parents should know that the series depicts bullying, abuse, drunk driving, slut shaming, and physical rape, as well as portraying an actual suicide on screen in graphic detail.  While aimed at 15-year-olds, officials from middle schools across the country are concerned that much younger children are not only watching – but binge-watching – the series.

13 Reasons Why is a fictional controversial series that documents specific circumstances that contribute to the main character’s (Hannah Backer) decision to commit suicide. The series covers difficult subjects like abandonment, reckless behavior, rape, social isolation, withdrawal, and bullying. The storyline focuses around a series of tapes that Hannah made before her suicide, explaining why she decided to kill herself.

It’s difficult to wrap your brain around this series because Hannah has so much going for her; she is funny, beautiful, and smart.  As the story unfolds, you quickly get a sense of her feelings of hopelessness and desperation. But in each episode, the warning signs going unnoticed.

While Hannah meets with her school counselor, Mr. Porter, she shares her despair, telling the counselor that she just “wants it all to stop” and “doesn’t care about anything anymore.” Before she kills herself, she records 13 tapes describing her reasons for committing suicide. Mr. Porter’s indifference to her pain is one of them. Rather than take Hannah seriously, he leaves her alone to face her pain, taking a phone call instead.

Some students have used this heart-wrenching series to create positive learning lessons for students at their school. Rather than focus on the negative, students at Oxford High School in Michigan created a project called “13 Reasons Why Not.” They share tapes showing their real struggles to students every morning. The project is described as honoring the memory of 15-year-old Oxford student Megan Abbott who committed suicide in 2013.

Mental health professionals in multiple countries have expressed concern that this show violates the World Health Organization’s guidelines on media coverage of suicide designed to prevent the occurrence of copycat or “contagion” suicides. Among other gross violations, the suicide itself is shown in graphic detail.

Parents are left wondering whether allowing teens to watch this series poses a health risk. They aren’t the only ones concerned. Because of the risk of contagion suicides, for the first time ever, the National Association of School Psychologists issued an advisory on a television show.  Were their fears justified?

Possibly. A study published in the Journal of American Medicine (JAMA) found that Google searches for “how to commit suicide” surged 26% in the 19 days following the broadcast premier of 13 Reasons Why.

School officials in Florida were concerned enough to send a letter home to parents, reporting increases in actual occurrences of elementary and middle school students involved in self-mutilation, threats of suicide, and temporary commitment for psychiatric evaluation, noting that: “Students involved in the recent incidents have articulated associations of their at­-risk behavior to the 13 Reasons Why Netflix series.”

At least two recent teen suicides have been linked, by surviving relatives, to watching the Netflix series.  Two unconnected California 15 year olds committed suicide only days after watching the show.  The uncle of one girl told local news KTVU, “I feel it’s dangerous for that small percentage of young adults who the show can become a trigger for them and I feel as if the show gives only one alternative for cyberbullying and other teenage issues.”  In a third, widely reported case, a 23-year-old man from Peru not only committed suicide after watching the series, but left behind tapes –mimicking the plot of the Netflix series.

Just as important is what the series doesn’t cover.  It never talks about depression and how important it is to reach out to someone for help. It really missed the opportunity to drive that message home to every teen who sees it.

Suicide is the second leading cause of death in youth age 10-18, surpassed only by accidents. Experts are nearly unanimous in their opinion that media representations of suicide increase the likelihood of contagion suicides. Ideally, this is not a show that teens – especially younger teens – should be exposed to. Unfortunately, this show is already being watched and discussed by middle school and elementary school students.  Parents need to be aware of that and have appropriate discussions with their children.

“Although the overall message of 13 Reasons Why was trying to open up to the world about how real self-harm is, the show definitely has points that aren’t realistic. It was a good book but it wasn’t executed in a way that taught something on film.”

–      Lily, 11th grade member of Beyond Differences Teen Board