Marin County is Beyond Differences’ national headquarters, and where we launched our first regional youth leadership program for teens.
Most Marin County public middle schools participate in our national initiatives, and 121 students have served on it’s Teen Board of Directors since it began in 2010. The program has received support from many individual donors who are Marin county residents and from elected officials including Marin Superintendent of Schools, Mary Jane Burke.

Oakland Regional Program and Teen Board

The Oakland Regional Program & Teen Board was launched in 2016 with 24 teens participating as members over the last 5 years.  With the generous support of the Koret Foundation, Beyond Differences hired a Regional Program Manager and increased impact in Oakland in a more concentrated way.  We were able to support Oakland Unified schools, teachers and youth through our Social-Emotional Learning (SEL) curriculum and in a deeper way through student-led presentations, educator coaching/training and once the pandemic hit through online Zoom Teen Board meetings.

This past summer the Oakland/East Bay and Marin Teen Boards merged for virtual weekly meetings. At first they talked about being depressed and stressed, their feelings about in-person graduation ceremonies and summer plans being cancelled. Understandably this was not what they had hoped for and they could see that summer and possibly the next school year would be spent largely inside isolated from each other. With Regional Program staff as coaches and moderators, teens had the space to discuss difficult topics like racial injustice and (the effects on them personally, in their schools and communities), the school to prison pipeline, poverty, and more. These conversations also included meditation and reflective activities to encourage healing during this time.

The merging of these two teen boards illustrated for us the importance of bridging the cultural differences between students right here in the San Francisco Bay Area. These two teen boards remain merged and now meet monthly throughout the school year with the goal of empowering them to become leaders and activists and to support each other with concerns and common struggles. Teens provide mentorship and training for younger middle school age peers, educators and the general public on how to identify and end social isolation and create a culture of belonging and identify calls to action. 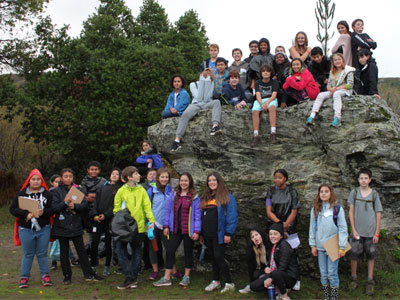 Through Beyond Differences Student Leaders:

For more information about Beyond Differences, SF Bay Area Regional Programs and High School Teen Board of Directors please contact one of our Regional Program Managers.

This website uses cookies to improve your experience while you navigate through the website. Out of these, the cookies that are categorized as necessary are stored on your browser as they are essential for the working of basic functionalities of the website. We also use third-party cookies that help us analyze and understand how you use this website. These cookies will be stored in your browser only with your consent. You also have the option to opt-out of these cookies. But opting out of some of these cookies may affect your browsing experience.
Necessary Always Enabled

Performance cookies are used to understand and analyze the key performance indexes of the website which helps in delivering a better user experience for the visitors.

Analytical cookies are used to understand how visitors interact with the website. These cookies help provide information on metrics the number of visitors, bounce rate, traffic source, etc.

Advertisement cookies are used to provide visitors with relevant ads and marketing campaigns. These cookies track visitors across websites and collect information to provide customized ads.

Other uncategorized cookies are those that are being analyzed and have not been classified into a category as yet.